MICROSOFT AZURE, OFFICE 365, SHAREPOINT, ONEDRIVE AND MORE ARE DOWN

MICROSOFT AZURE, OFFICE 365, SHAREPOINT, ONEDRIVE AND MORE ARE DOWN 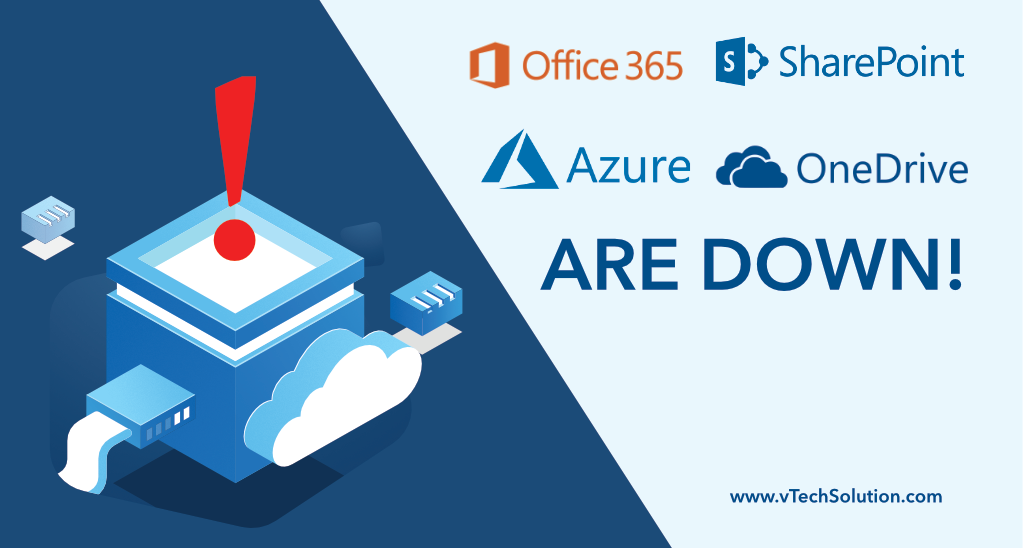 If you’re trying to login into Microsoft OneDrive, Azure, SharePoint chances are it won’t work right now. Leaving many to wonder, “Are Microsoft servers down or offline?”

Several outages are being reported from all over the world. According to the outage report on downdetector.com, it seems US east & west coast is highly affected, check out outage maps for reference 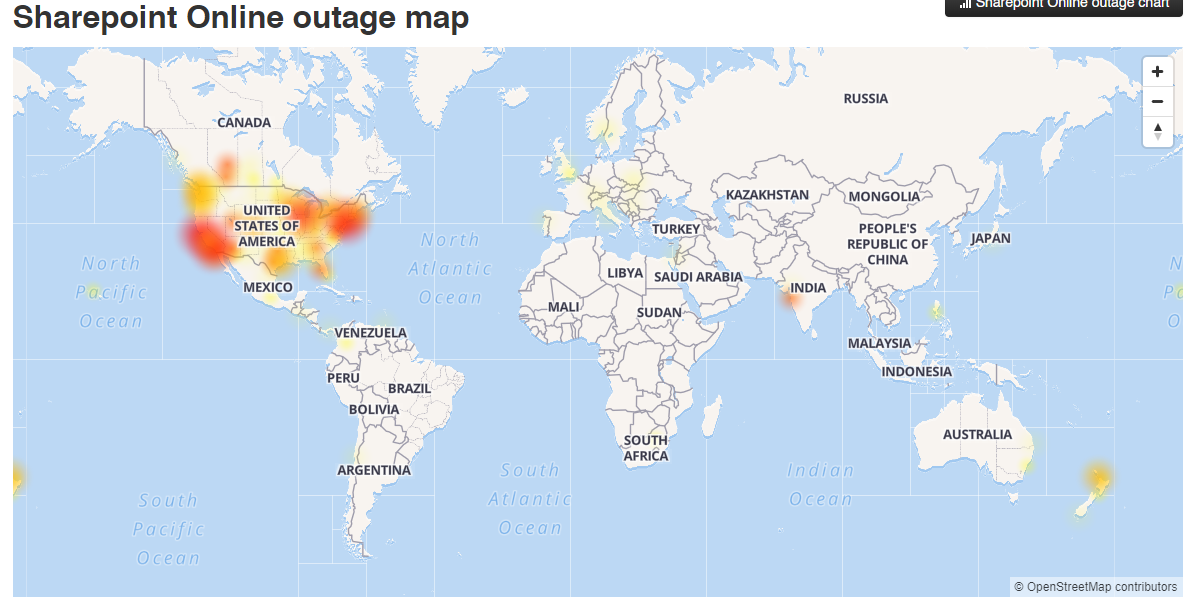 Affected users are unable to access Microsoft Azure and Office 365 services such as SharePoint and OneDrive. Microsoft Teams are investigating the issue affecting access to these platforms. 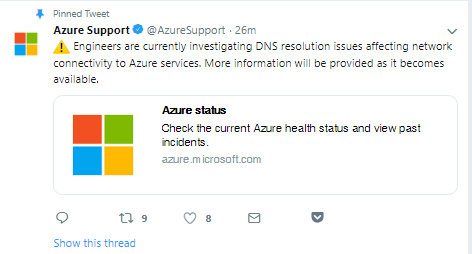 The problems seem to have started a few hours ago preventing users to use the Microsoft services. Microsoft is yet to issue an official statement yet.

Microsoft’s status page has reported that issues with the DNS configuration have been identified and corrected. Users should see service returning across Microsoft’s services soon.

“We’ve identified and corrected a DNS configuration issue that prevented users from accessing Microsoft 365 services and features. We’ve observed an increase in successful connections and our telemetry indicates that all services are recovering. We’re continuing to monitor the environment to validate that service has been restored.”